Collection of Personally Identifying Information
PII includes names, postal addresses, email addresses, etc., when voluntarily submitted by our visitors. The information you provide is used to fulfill your specific request. This information is only used to fulfill your specific request, unless you give us permission to use it in another manner, for example to add you to one of our mailing lists. If you identify yourself to us by sending us an email with questions or comments. We may, at our sole discretion, either file your comments for future reference or discard the information after we have received it.

We exercise great care in providing secure transmissions of your PII from your PC to our servers. Our secure server software encrypts information, ensuring that Internet transactions remain private (unless sent by an unsecured means such as email). Neither Greenheart Exchange nor any telephone network nor service providers we utilize are responsible for incorrect or inaccurate transcriptions of information or for any human error, technical malfunctions, lost-delayed data transmission, omission, interruption, deletion, defect, line failures or any telephone network, computer equipment, software, inability to access any website or on-line service or any other error or malfunction or misdirected entries.

Cookie/Tracking Technology
The site may use cookie and tracking technology to collect non-personal identifying information depending on the features offered. Non-PII might include the browser you use, the type of computer operating system you use, the Internet service providers and other similar information. Our system also automatically gathers information about the areas you visit on our sites and about the links you may select from within our site to the other areas of the World Wide Web or elsewhere online. We use such information in the aggregate to understand how our users as a group use the services and resources provided on our site. This way we know which areas of our sites are favorites of our users, which areas need improvement and what technologies are being used so that we may continually improve our sites. Cookie and tracking technology are useful for gathering information such as identifying a website user’s browser type and operating system, tracking the number of visitors to the site, and understanding how visitors use the site. Cookies can also help customize the site for visitors. Personal information cannot be collected via cookies and other tracking technology, however, if you previously provided personally identifiable information, cookies may be tied to such information. Aggregate cookie and tracking information may be shared with third parties but that aggregate information does not identify individual website users. Our web servers do not record email addresses of the visitors unless information is submitted by users. We may determine what technology is available through your browser in order to provide you with the most appropriate version of a web page.

Distribution of Information
We may share information gathered by us from our website with governmental agencies or other companies assisting us in fraud prevention or investigation. We may do so when: (1) permitted or required by law; or, (2) trying to protect against or prevent actual or potential fraud or unauthorized transactions; or, (3) investigating fraud which has already taken place. The information is not provided to these companies for marketing purposes.

Third parties who provide hosting services or other day-to-day services that make possible the operation of this website may have access to information that you provide us to the extent those third parties require access to our databases to service the website.

We reserve the right to transfer information we have secured from you in connection with the sale or transfer of all or part of our assets. We are not responsible for any breach of security or for any actions of any third parties that receive information from us.

Commitment to Data Security
Your personally identifiable information is kept secure. All emails and newsletters from this site allow you to opt out of further mailings. 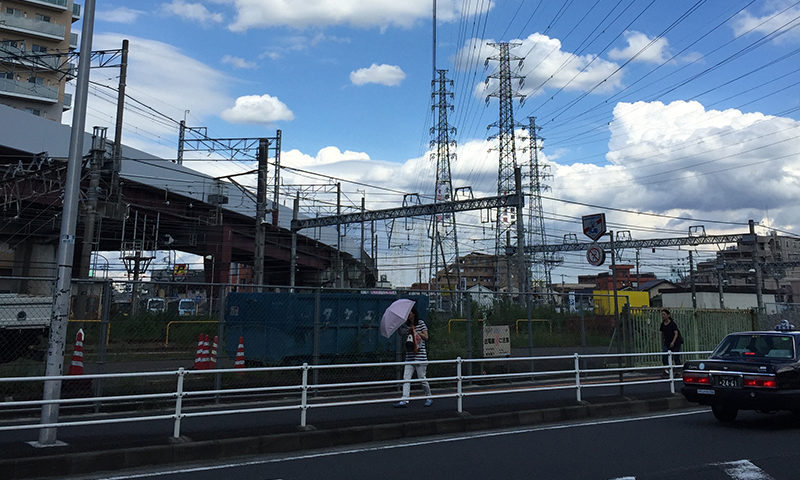 by A., Greenheart Travel High School student in Japan

I’m a transgender man, and I lived in Japan for a year studying abroad in high school, and so can you.

I’ve been home for a few months now after a long study abroad in the Kanagawa prefecture of Japan. I have so many wonderful and unique memories from my time there that I don’t think I can ever forget, so when I did my follow up chat with Greenheart Travel and was asked to give my take on the experience I leapt at the chance.

When I was first starting to do research into going to Japan I felt like I was running into the same type of people giving advice. It felt like I saw video after video, and blog after blog of straight, cisgender people wondering “how to get a Japanese boyfriend/girlfriend.”

Much to my surprise, when I arrived in Japan, I met many LGBTA+ identifying exchange students just like me.

I was in a group of anywhere from 30-40 people from 5-6 different countries and so many young LGBTA+ kids! I was shocked and delighted during our orientation and sad to part ways when the time came. So, if you go to Japan thinking you’re alone: Prepare to be pleasantly surprised.

Transgender and questioning people have every right to go to Japan, and just about anywhere they like, but Japan is no more hospitable or welcoming than many countries. Of course, cultures differ depending on the region and I come from the American south, but Japan didn’t seem to care who I was. I think I might have felt this regardless of my gender, but really Japan was a dizzying place. I only felt comfortable and able to come out to a few people. In Japan I, a transgender boy, was still treated and stereotyped as a girl. I was asked what kind of boys I liked and when I wanted to get married.

My clothes were called “boy style” and the “style” part of the phrase was very much enforced.

It wasn’t as if I saw no other gender nonconforming kids or met no other trans people while I was abroad, just everything felt like a very hush hush secret. Because of my own unique situation I tried to take solace in my anonymity, and the set end date.

I knew that if I was suffering now being “one of the girls,” it would all be over soon in a matter of months, and besides, I was seeing so many cool things. Actually funny enough I think I indulged in a little retail therapy (a lot of retail therapy) to help soothe me. I got very involved with what I bought and ate, but that could have just been where I was. Being alone with my music and mind helped too.

Staying True to Yourself

If I were to give advice to any of the trans kids out there looking to go to Japan or study abroad in general, I’d say: stay true to why you’re there in the first place. Is it to see a new place and learn new things? Do it. You are valid, you are strong, and you are awesome, no matter what anyone says or implies.

Also a lot of people don’t know or understand what you’re going through. Representation in Japan and in their media is so limited when it comes to gender and sexuality. When I was in Japan I felt like everyone was thinking in extremely stuck terms of “male” and “female” rather than “boys” and “girls.” Japan felt very in your face with the sex essentialism.

Would I recommend other transgender or questioning youth to study abroad? Absolutely. However, be prepared to have to explain and be prepared to feel uncomfortable. Social interaction in Japan could be difficult but the cleanliness and the serene landscapes you will be encountering is really soothing and healing. I feel like Japan, just like any other place, has its pros and cons for trans and questioning folks. You just have to decide which of those things you can handle and which you cannot. There are so many things you will only know through lived experience, and if I serve as any example… I survived Japan.

How to Prepare For a Program

I was closeted during my program, but if you do plan to be living out or end up coming out, try to have a support system in place. A friend of mine came out in a school with a uniform. He was wearing a uniform he didn’t like, and didn’t feel aligned with how he wanted to present his gender.

Changing this in his everyday life took the support of a particularly open and forward thinking teacher in his school. So.. if you feel like this is a challenge you would face, face it as you should lots of other situations you will encounter while abroad – with a team.

In closing, I want to reaffirm that no matter where you go, you will find people like you or who support you. Love and acceptance can be found in the strangest of places and you can learn a lot about yourself in those very places. I encourage everyone who takes a trip to Japan to search every corner, climb every step, and talk to everyone you can.

Your mindset and your goals will shape and mold your experience more than you will even realize at the time. Stay positive, and have fun. Prepare to be pleasantly surprised.