These practices may be changed at any time. Changes will be posted along with the date of the change. You should review this privacy notice when you visit Greenheart International websites to make sure that you understand how Personal Information is collected, used, and disclosed.

Why We Collect Information

The Personal Information you provide to us is only used to:

We may use non-Personal Information for additional reasons described in the remainder of this privacy notice.

If you identify yourself to us by sending us an email with questions or comments, we may retain your comments for future reference.

What Information We Collect

Greenheart collects Personal Information, which is information that on its own or in combination with other information may be used to identify, contact, or locate an individual. Examples include:

Greenheart International collects other information that relates to you but does not identify you. Examples include clickstream data and web-browsing information (such as the date and time you visit a website, whether you click on various advertisements or links and the search terms you enter when using a website), and information about your computer, device and internet connection, and geographic location.

How We Collect Personal Information

We collect Personal Information from you in the following ways:

We may share information gathered by us from Greenheart International websites with governmental agencies or other companies assisting us in providing services to you. We may do so when:

Information provided under one of the four preceding bullet points will not be used by those receiving it for marketing purposes, unless specifically authorized by the user.

Third parties who provide webhosting services or other services that make possible the operation of Greenheart International websites and the services you request through the websites may have access to information that you provide us to the extent that those third parties require access to our databases to service the websites.

In connection with the sale or transfer of all or part of our assets, we reserve the right to transfer information we have obtained from or about you.

We are not responsible for any breach of security or for any actions of any third parties that receive information from us.

Cookie/Tracking Technology – Use of Non-Personal Information

Greenheart International websites use cookie and tracking technology to collect non-Personal Information. Our system also automatically gathers information about areas you visit on our websites, and about the links you select from within one of our websites to the other areas of the World Wide Web or elsewhere online. We use such information in the aggregate to understand how our users as a group use the services and resources provided on our websites. This way we know which areas of our websites are preferred by our users, which areas need improvement, and what technologies are being used so that we may continually improve our websites. Personal Information cannot be collected via cookies and other tracking technology, however, if you previously provided us with your Personal Information, cookies may be tied to such information. Aggregate cookie and tracking information may be shared with third parties but that aggregate information does not identify individual website users. Our web servers do not record visitor email addresses unless that information is submitted by the visitor. We may determine what technology is available through your browser to provide you with the most appropriate version of a web page. Greenheart International uses Google Analytics, Facebook Pixel, Gravity Forms, Yoast, Formstack, Calendly, GoOverseas, and other web traffic tracking tools.

Links to Other Websites

Greenheart takes steps to secure your Personal Information. We exercise care in providing secure transmissions when we need to transfer your Personal Information from our servers. Our websites use secure server software encryption, which is indicated by https in the url of the website. Encryption is a common method of ensuring that information remains private. Greenheart International cannot guarantee or warrant that the information that you transmit to us, or any communications is completely secure.

Greenheart International only retains data for as long as necessary for the purposes indicated in this privacy notice or for such other period as may be permitted or required by law.

The marks Greenheart, Greenheart Heart Logo, and Sobresmesa are either registered or unregistered trademarks of Greenheart International.  All Rights Reserved. Any unauthorized use is prohibited.

Please contact us using the following information for more information about this privacy notice, to notify us of a concern or complaint, or to exercise any of the individual rights you may have.

Additionally, all marketing emails and newsletters from Greenheart International allow you to opt out of further correspondence. You can do so by clicking the link within the emails, which will guide you on how to opt-out. 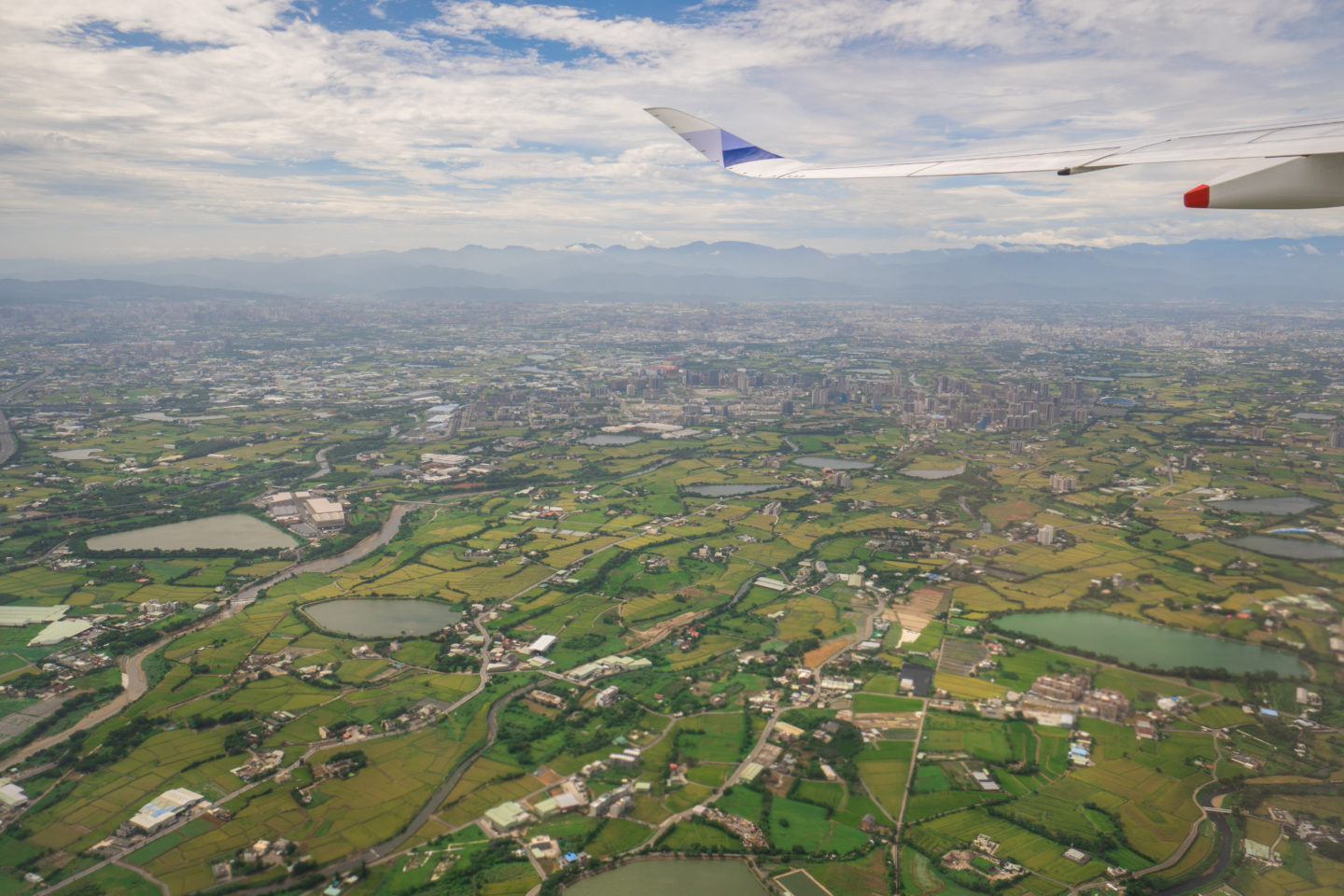 A round trip ticket from Seattle to Seoul creates over three tonnes of CO2 per person — that’s over 15% of how much carbon dioxide the average American creates in a full year!

With an impact like that, a lot of people have begun speaking out against flying and you wouldn’t be alone if you felt a bit guilty when you clicked “purchase” on your last flight.

I know the feeling! And as a full-time digital nomad, I’ve struggled with my fair share of travel guilt.

“But isn’t travel a good thing?”

As demonstrated by the thousands of lives that have been altered by Greenheart Travel’s programs, travel is a catalyst for positive growth in people. And frequently, it is travel that opens a person’s eyes to the importance of conservation and environmentalism.

So if you’re someone who wants to decrease the carbon pollution caused by your travels, this blog post is for you!

Here are 4 powerful ways that you can keep traveling, while also mitigating the CO2 caused by your flights.

As Much As You Can, Don’t Fly

Of course, the best way to reduce your carbon emissions is by not flying.

So as much as you can, avoid the airport and opt for more energy-efficient modes of transportation. Trains, boats, and long-haul busses generate far less CO2 than planes and have the added bonus of being much more memorable forms of travel!

When it comes to flights, short-haul flights (1-4 hours) are significantly worse for the environment than long-haul flights (4+ hours). This is because planes are required to reach a minimum level altitude, and it’s during the ascent to this height that the most fuel is consumed.

With this in mind, a great way to reduce your carbon footprint is by replacing the shorter flights in your trip’s itinerary with trains and saving plane travel for the longer hops. 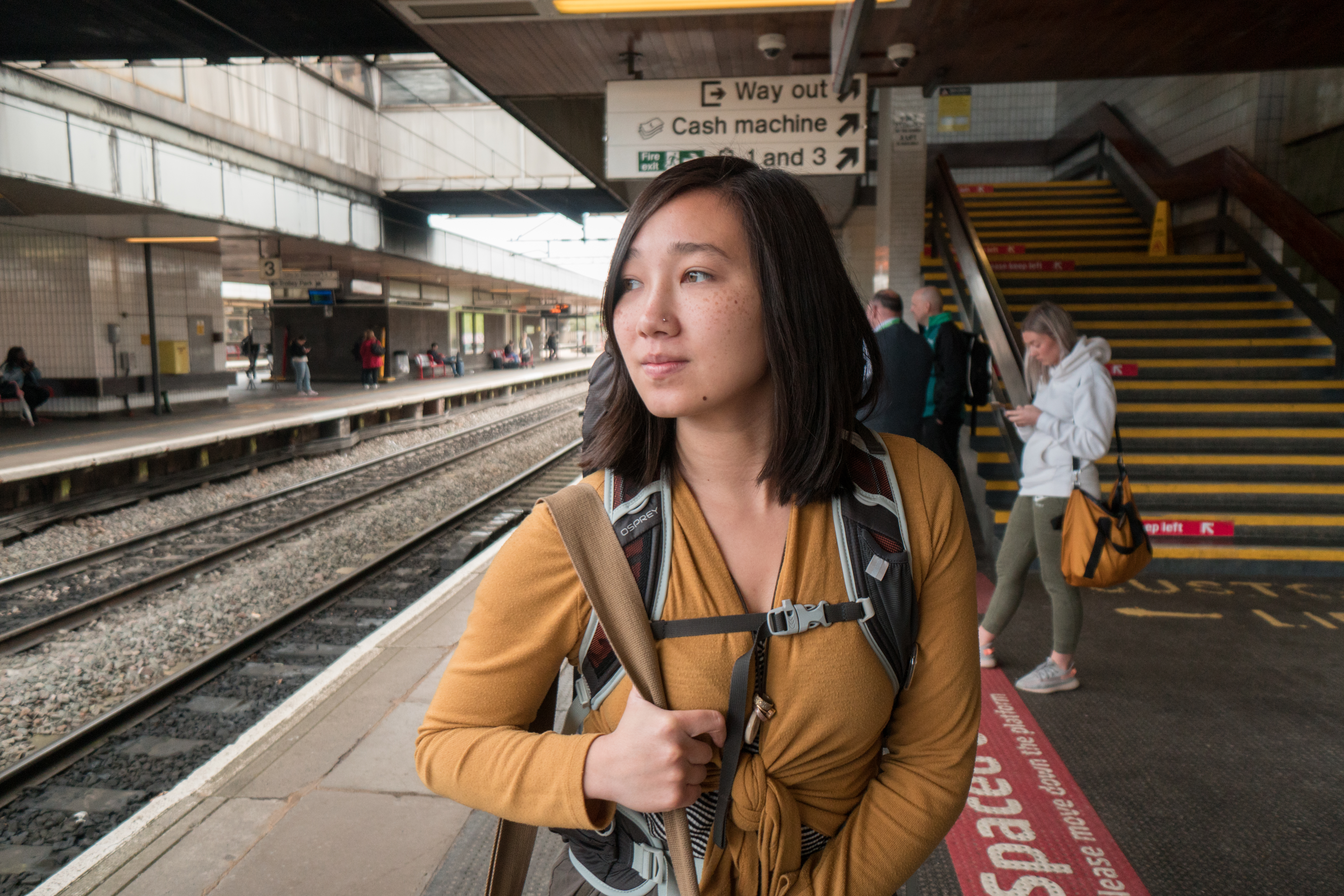 When You Do Fly, Choose Climate-Friendly Airlines

So you’ve converted your short-hauls to train rides, but you still have to book that 11-hour flight across the Pacific — is it possible to reduce your carbon emissions even further?

Not all airlines make the same level of impact on the environment. By maximizing passenger occupancy and maintaining a fleet of energy-efficient aircraft, some airlines create significantly less CO2 pollution than others.

According to an evaluation (released by Atmosfair) of the world’s largest airlines, TUI Airways, Air Canada, and KLM are the three most carbon-efficient airlines for long-haul travel.

That said, if you do have a commitment to another airline (for example, through a points program), the best way to reduce your CO2 contribution is by flying in economy class. This is because economy splits carbon emissions among a greater number of people.

On the other hand, business and first-class seats generally use 3-5 times more space than economy seats. So by flying in business or first-class, you increase your carbon emissions at the same rate.

Donate To A Carbon Offset Program

Carbon offsetting is the practice of donating to environmental efforts around the world in an effort to mitigate the effects of carbon produced by your flight.

Phew! Did you catch that?

Here’s how you do it:

First; enter your flight itinerary into a carbon calculator, like this one. This will tell you how much carbon your flight will generate and how much it will cost to eliminate an equal amount of carbon from the atmosphere.

In the case of my roundtrip flight from Seattle to Seoul, it would cost me $90 to offset the 3 tonnes of  CO2 generated by my economy seat.

Second; choose a carbon offsetting organization to donate to. Some of the most reputable ones are The Gold Standard, Atmosfair, and MyClimate.

Now before you move on, remember this: carbon offsetting only helps mitigate the effects of your CO2 emissions. It doesn’t actually improve the environment.

If you want to actually leave the planet better than you found it, it’s important to cultivate a planet-oriented mindset when you travel. Which brings us to my last travel tip… 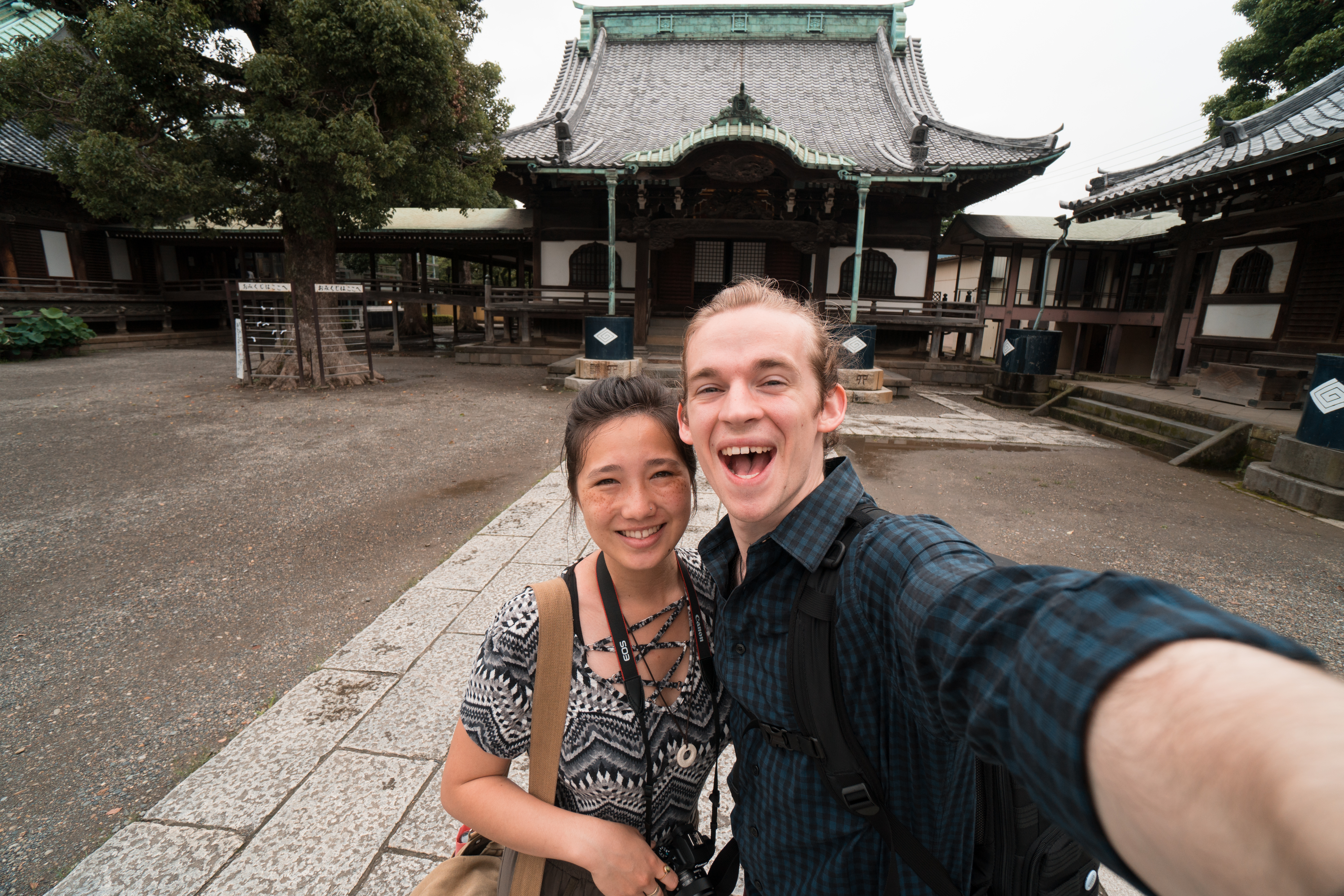 If you plan on making jet-setting a regular part of your life, do your best to reduce your environmental impact in whatever location you happen to be.

Make it a game and look for creative ways to travel in an environment-positive way. After all, just because you’re on vacation doesn’t mean you get to stop recycling.

To give you a personal example, my wife (Grace) and I are just wrapping up a 6 week trip to Tokyo, Japan — a city that is legendary for its heavy use of single-use plastic.

During our time here, Grace has made it a goal to not contribute to the local plastic problem. A few of the ways she’s done this is by not buying prepackaged groceries, refusing to use plastic bags (our backpacks double as grocery bags), and even going so far as to collect plastic litter when we’re out exploring the city!

By cultivating habits like these, you as a traveler have the ability to make a positive impact on the world you wander.

Okay, let’s finish this blog post with a quick recap:

Be picky about airlines.

And treat the world with the same care as you would your home.

Eric Coleman is a digital nomad and travel copywriter from Seattle, USA. His passions include frugal travel, minimalism, and understanding cultural differences. You can follow his travels at WanderingRavens.org, work with him at TheTravelCopywriters.com, or contact him at eric@thetravelcopywriters.com.